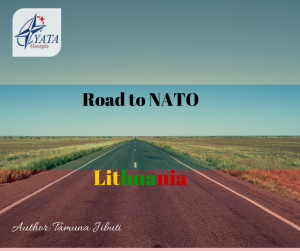 In September of 1991, following failed coup in Moscow the previous month, USSR recognized Lithuania’s independence. In 1993, Russia withdrew all the Soviet troops from the Baltic Region, starting with Lithuania.

The first years of independence turned out to be harsh. The country faced the same problems as the most post-Soviet countries did – the hardships of transition to free market, the flourishing bureaucracy and the organized crime. More